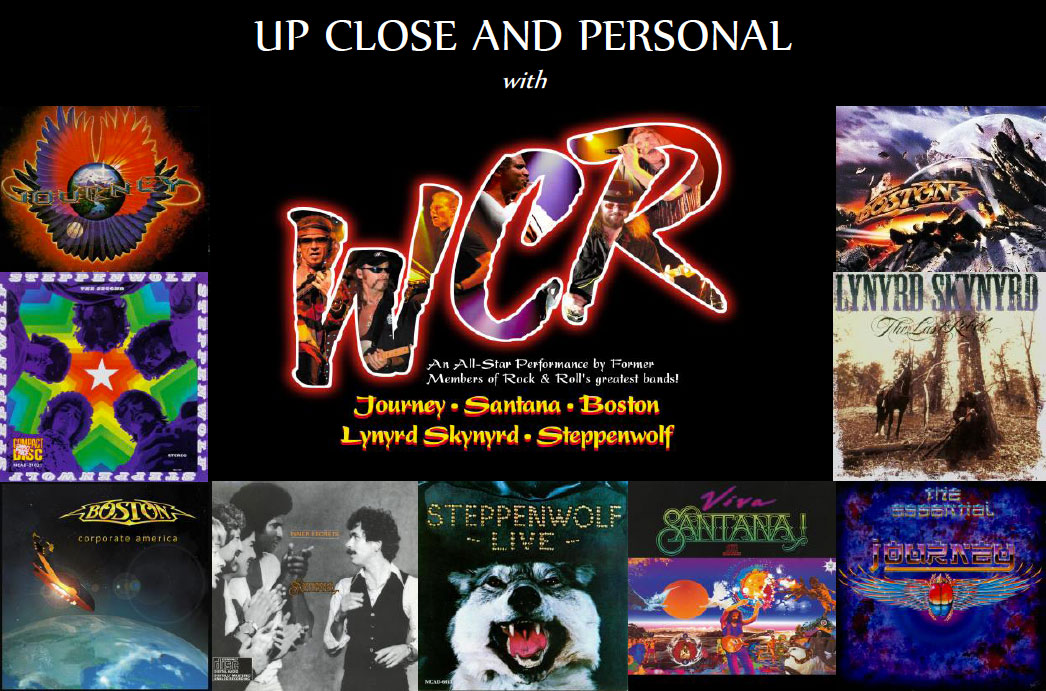 THE MUSIC THAT DEFINED A GENERATION…

THE SONGS THAT ROCKED THE WORLD…

THE MUSICIANS WHO MADE IT HAPPEN…

AND THE STORIES BEHIND IT ALL…

For 18 years America’s greatest classic rock All-Star Band, the World Classic Rockers, have brought people to their feet time and time again with their hit-filled rocking live performances. For the first time ever, WCR would like to invite you and your audience into their world for an up close and personal behind the scenes experienced in a scaled-down intimate setting.

Former headliners from super-groups Journey, Boston, Santana, Steppenwolf, and Lynyrd Skynyrd will share first-hand stories and amusing anecdotes during a behind the scenes look at life on the road, rocking arenas filled with screaming fans, and the triumphs and pitfalls of the recording industry during rock and roll’s greatest era. Hear for yourself personal accounts of how Journey developed into a legendary arena rock band… what inspired writing rock’s greatest rebel anthem, “Born To Be Wild”… how Lynyrd Skynyrd rose from the ashes of a catastrophic plane crash… what it’s like to feel the adrenaline rush of singing for Santana in front of 300,000 screaming fans at Cal Jam 2… and more! Together these artists will let you peek into their world and perform intimate versions of chart-topping fan favorites such as:

You will sing, you will laugh, you will be inspired, and you will be in awe of what went into making some of the greatest bands and hit songs of all time. It’s your turn to experience rock history like never before.